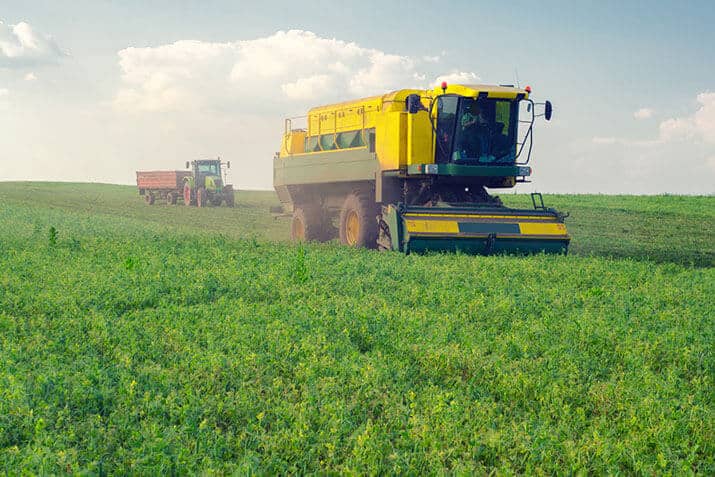 Peas, corn, carrots and potatoes. In many places, these popular vegetables are considered commodity crops—fundamentally the same no matter where you get them. But to Simplot Regional Raw Procurement Manager Dan Robinson, nothing could be further from the truth.

Stationed in the arid, rolling terrain of the Columbia River Basin, Robinson oversees the procurement of sweet peas, sweet corn, carrots and multiple varieties of potatoes from what is considered one of the world’s premier vegetable growing regions.

A climate and soil that vegetables love

“We have these beautiful silty and sandy loam soils here with sunny, summer days and cool evenings in the 50s,” he says. “It’s perfect for vegetables like corn and potatoes.”

Although the Columbia Basin receives only eight inches of rainfall a year, the farmland in the region is irrigated by snowmelt from the Canadian Rockies via the Columbia Basin Irrigation Project. Irrigation gives farmers precise control of how much moisture their crops receive throughout the growing season.

“We’re also below 1,000 feet of elevation, so this soil warms three to four weeks earlier than other areas,” Robinson explains. “This means we can harvest our first pea crop around Memorial Day and then replant the same ground with sweet corn and get a corn harvest in the fall.”

What does it take to create a tender pea? Meticulous planning

Robinson is charged with providing Simplot’s Pasco, Washington, processing plant with the highest quality peas, corn, carrots and potatoes available. This may sound straightforward; it’s not.

The Pasco facility can only process so much of a crop on any given day. So the Simplot Field Department works with their farming partners to make sure the crops reach maturity at different dates. By staggering the harvests, he can ensure he’s feeding the plant what Simplot customers want: consistently tender and flavorful vegetables.

“Take peas, for example,” says Robinson. “There’s a really narrow window when they’re just at the peak of tenderness. Those are Grade A peas. If you miss that harvest window, the peas get harder and dryer, which is not as good. So you can’t miss that window.”

To ensure a staggered harvest, he and his farmers carefully select the planting dates and the seed varieties (early-, middle- or late-maturing). After the farmers plant the seeds, it’s a waiting game.

Robinson and his team monitor the fields throughout the growing season, serving as second sets of eyes for the grower to note progress and detect issues with disease or insects. The farmers contracted by Simplot are required to follow General Agricultural Principles (GAP). GAP records provide Robinson’s team with detailed information about every field, including if, when and how much fertilizer and crop protectants have been applied to the crop.

“As the harvest gets closer, we collect random samples from the fields and bring them into the lab to analyze them for moisture content and tenderness (resistance to squishing) using a device called a sheerpress,” he explains. “With corn, we also note the appearance of silk and ears. We have a good idea of how far off the harvest is after those appear. Ultimately we measure the water content inside the kernels to make the final decision.”

Controlling the vegetable harvest from start to finish

Growing the finest vegetables is one thing. Getting them from the field to the processing plant in pristine condition is another, and Simplot leaves nothing to chance.

On the day of harvest, Simplot dispatches its own fleet of harvesting equipment with experienced operators to bring in the crop.

“This gives us complete control of the harvesting and transportation process so we can be sure our customers are getting the very best,” says Robinson. “We’re not beholden to anyone else regarding the harvest timing. When the peas and corn are at their peak, we harvest right away.”

And it doesn’t take long for the freshly picked crops to reach the processing facility in Pasco.

Most of Simplot’s contracted fields and Grandview, the company’s own farm, are within 40 miles of the processing plant.

When the harvested crops arrive at the Pasco plant, they’re gently offloaded, separated from pods and husks and thoroughly washed. Workers and automated equipment make sure leaves, stalks, stems, rocks, and any other foreign objects are removed from the line.

Depending on the final product—cut corn vs. cob corn, for example—the crop is processed further by blanching in hot water to kill any pathogens and deactivates enzymes that would otherwise degrade freshness.

Next, the product begins the freezing process where it is first chilled and then flash frozen.

“From the time the truck backs up to the plant to the time it reaches the freeze tunnel is only about 30 minutes. It’s that fast,” says Robinson. “Some of our fields are within two miles of the plant, so they literally go from standing in the field to frozen in as little as 60 minutes. And none go longer than four to six hours from field to freezer.”

By comparison, fresh produce often takes weeks to reach restaurants and store shelves, having lost substantial color and nutrients in transit. If freshness and nutrition are your concern, it’s hard to beat what the Pasco plant is capturing in the crops of the Columbia River Basin.

After freezing, the vegetables enter our High Care Processing Environment. This portion of the facility is sealed off from the rest of the plant in isolated environments (building within buildings) akin to the ultra-hygienic clean rooms used in microchip production.

Here, state-of-the-art automation ensures the product will have minimal human interaction until the restaurant operator opens the bag. We further invest in food safety by:

Simplot’s Pasco plant also produces Ready-to-Eat (RTE) vegetables, fruit and blends through a process that entails even more stringent cleaning and pathogen testing. RTE vegetables can be thawed and served without any cooking required.

Finally, if you’re wondering what happens to the pods, husks, trim and inedible cellulose removed during processing, they’re repurposed as feed for livestock. This helps us capture additional value from the crop and produce more food without additional resources.

The taste of fresh summer vegetables all year long

“In the end, it’s first-class farmers creating the best crop possible. It’s first-class harvesters getting it to processing as fast as possible, with a huge emphasis on food safety,” says Robinson.

So the frozen vegetables we produce in the Pasco area truly are unique, from the nurturing climate and soils of the Columbia River Basin to the care we take in growing, harvesting and processing. If you love tender, farm-fresh vegetables, serve these products with confidence any time of year. 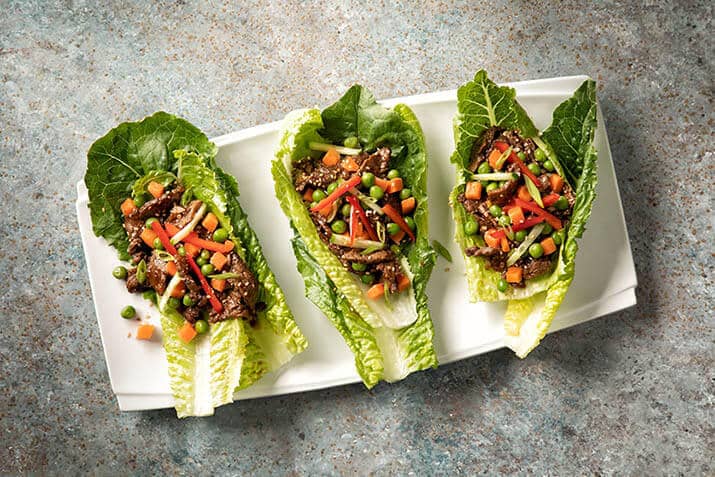 Simplot’s Ready-to-Eat (RTE) Frozen Vegetables and Fruit make prepping salads, grab-n-go items and meal kits a breeze—just thaw and serve. Read on to see how these products can help you cut your labor costs—and much more. 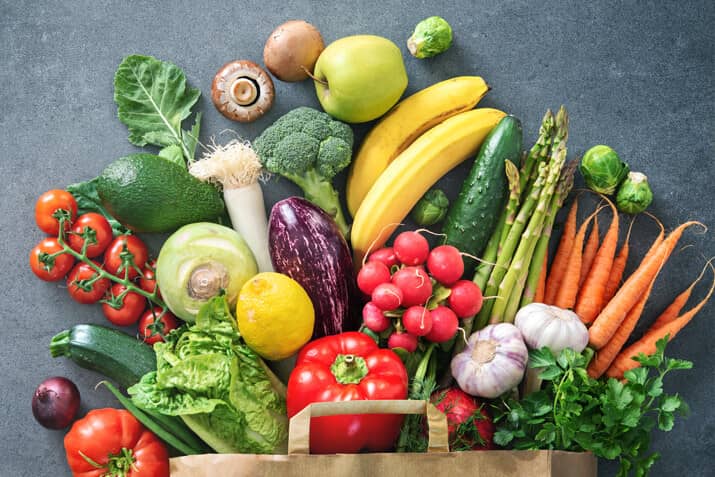 When the clock strikes midnight in a couple of weeks, millions of Americans will resolve to eat better and try to consume more fruits and vegetables. While many of these resolutions will be broken, the growing popularity of vegetables and plant-based dishes is proving far more durable.

On Game Day, You Bet on Team Vegetables

Americans know they should eat more vegetables, and honestly, they’re trying. Thirty-four percent of consumers are ordering healthy items more often than they did two years ago.